With more than 350 members, the Bernborough Club is a group of men who share an interest in thoroughbred racing, sport, fellowship and the community.

Since the club’s formation in 1976, members and guests have enjoyed a variety of annual events and functions which feature outstanding guest speakers and entertainers to raise funds for charity (see separate list of guest speakers). Functions are held at quality venues such as Tattersall’s Club, Queensland Cricketers’ Club, Rydges Southbank , Royal on the Park, The Greek Club and Guineas Room at Eagle Farm.

A non-profit organisation, the Bernborough Club is proud of its annual contribution to charities which in recent years has averaged $50,000.The major event each year is the Stradbroke Luncheon, traditionally held on the eve of Queensland racing’s premier sprint race. The luncheon is invariably a sellout with big-name guest speakers, entertainment and fine food and beverages. Other events include New Year’s Luncheon (February), (March), BTC Cup Luncheon (May), Eagle Farm Race Day Marquee function (August), Spring Luncheon (October), Christmas Luncheon (late November-December).

Formed in 1976 when a group of 25 convened for a luncheon in the Member’s Bar of the old Albion Park galloping venue, the Bernborough Club has prospered over the years. Numerous friendships have been formed with good fellowship a keynote of the club’s social activities.

The founding president, the late Jim Anderson, named the club to perpetuate the deeds of the champion Queensland racehorse Bernborough. The club is committed to continuing that recognition.

A strength of the club is the diversity of membership...people from many different backgrounds domiciled in city and country. Members are entitled to invite guests to all events and functions. New members are always welcome and details are available on this website. 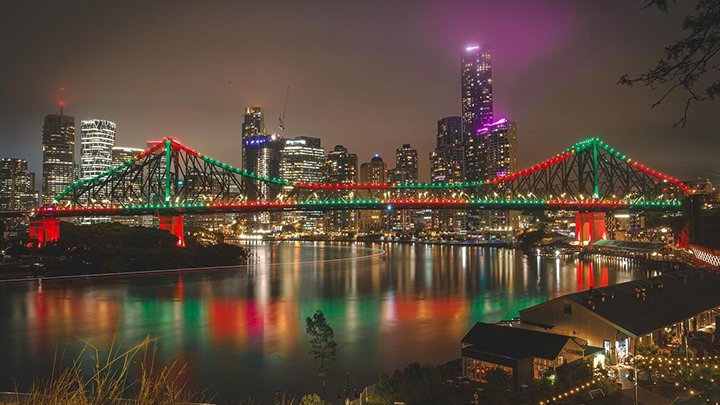 Join fellow members and guests at the Club’s traditional end-of-year CHRISTMAS LUNCH. Official invitations will be emailed soon after the 10th November. We look forward to the Guineas Room’s renowned service, quality cuisine and drinks as we welcome the Festive Season.

Special guests will be Rugby League’s CHRIS JOHNS and leviathan bookmaker LLOYD MERLEHAN. Chris, a Broncos Hall of Famer who played more than 200 NRL games and represented NSW and Australia also played a pivotal role on setting up the Melbourne Storm with John Ribot.

Lloyd Merlehan has been of of Australia’s leading bookmakers since the mid-1980s. Noted for his jousts with fearless punters such as john Singleton, Lloyd also pioneered sports betting from the early 1980s.

Immediately email Club Secretary, David Cameron (dcameron@emlaw.com.au) advising your name and names(s) of your guest(s); the amount paid; the payment description you have used and any table/seating preference.

PAYMENTS BY MAIL SHOULD BE SENT TO THE SECRETARY, BERNBOROUGH CLUB INC, PO BOX 138, COORPAROO, QLD 4151.

The Bernborough Club thanks Noel Pascoe, Ross Stanley and Bernie Pramberg for the use of images on this homepage. Noel’s action shots were taken as the barriers opened at Doomben and with the whips cracking at the Gold Coast. Bernie’s shots at on the home turn at Clifton and in the straight at Stanthorpe.

Photos from functions are kindly provided by member Ross Stanley

Got a question you would like to ask? Why not send us an email now.

DIARY DATES FOR 2019 FUNCTIONS...click below for details